It’s becoming a bit of a tradition for me to complete and create each year on my blog. Last year it took two posts, one for completion and another for creation, but 2012 (and 2011 for that matter!) was a big year. In fact, 2012 has been my busiest year since 2007 when I was doing event management full-time so I think I’ll do the same for this post.

In 2012 I took on a few key things and the first was my New Year’s Resolution: Shower first thing when I’m working from home. It was a small thing that was intended to make a big difference. I’ve been pretty good with it and I reckon I’ve kept to it 80% of the time throughout the year.

The other things I took on were:

I realise that (similarly to last year) I haven’t kept all of them up in front of me throughout the year. And while I’ve been working hard on some of them, I’ve not been working on all of them and they’re not all complete.

Accomplished. Airborne Circus has been growing throughout the year. Unfortunately the session I started with young people with learning difficulties and disabilities didn’t gain enough interest and we (Finchley Youth Theatre and I) had to cut it. But the mainstream class has gone from strength to strength. In September we split the session into two, with one for 8-12 year olds and one for 13-19 year olds. The younger session grew to capacity quickly and we’re now looking at how we can accommodate more young people. The older session has been slower to take off and still has places available each week. This is to be expected as it’s always harder to get teenagers interested in circus if they don’t take it up when they’re younger.

We also had our website rebuilt, ran a summer school, introduced static trapeze into the programme at Finchley Youth Theatre, started running taster workshops for adults – which have been a huge success – and started an online shop with tshirts, hoodies and gift certificates! We’ve also been contracted to deliver circus in a brand new secondary school as part of their weekly enrichment programme which will start next week.

Creating an additional source of income

Acted on, not accomplished. Although I’ve had this in my mind throughout the year and have been working on this in some ways, there is no way that I can say I’ve succeeded at this. The intention here was to create a reliable source of passive income and that hasn’t happened. However… 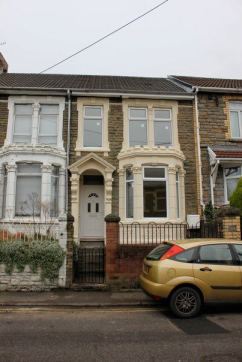 Accomplished. This was always intended to be the first part of creating a source of passive income and although I haven’t yet seen any returns from it this is what has happened… Two of my best friends and I bought a house. We bought it for £31,750 (yes, you read that correctly) and spent about another £30,000 on refurbishing it. It was finished a few weeks ago and we’ve just had it revalued at £84,000. It’s currently on the market to rent. It won’t clear a massive amount of money each month after our mortgage payments – especially when it’s split three ways – but it’s a start. And a very good start at that!

Continuing to Fix My Shoulders and Doing More Flying Trapeze

Acted on, not accomplished. Throughout the year I’ve continued to see my Chiropractor but I didn’t get to the point where I can talk on the phone with no pain and haven’t increased my shoulder flexibility to 180 degrees extension. But they are a lot better than they’ve been in years. Admittedly, I’ve not been quite as rigorous with myself about doing all of my exercises as I could have been but I have definitely been better about them than in any other year. Using the Structural Functional Movement Assessment we’ve also identified some underlying issues with my back that are preventing my shoulders from functioning correctly.

As for doing more flying, well, the group that I was flying with kinda disbanded. Two people went on tour, two people got injured and I didn’t want to (and couldn’t) fly alone (I need someone to hold the safety lines sometimes!). However, the two that went away recently came back, and the others are recovering and can get up in the air again so we’ll start flying again soon!

All in all 2012 has been a great year but it’s also been exhausting for me. As the year has progressed I’ve become more and more busy and had less and less free time. The last few months I’ve been working looong days with hardly any days off.

I haven’t given much thought to what I want to create for 2013 but obviously it’ll have a lot to do with what I’ve been working on throughout 2012. I’m gonna ponder it for a day or two. I’ll tweet my thoughts and ideas before posting again so make sure you’re following me on twitter.

In the meantime, let’s go exploring!