The Colour of Creation

We’re over a week into January now and I’ve done a lot of thinking on what 2013 is going to be about. I didn’t tweet as much of it as I thought I would and in part that’s because I’ve really been struggling to create something new and inspiring for me. I think the biggest reason for the struggle is because much of what I created hasn’t been fulfilled (or fully fulfilled) yet.

This led me to re-looking at what’s already been happening, and to start looking at what I’ve already got coming up in the near and not-to-distant future. Looking at all of this together, and confronting how difficult the last half of 2012 was for me, made 2013 a whole lot clearer for me.

I realise that I’ve already been creating 2013. It’s not new stuff; it’s a continuation of everything that I’ve been working on for the last two years. It’s re-creating rather than creating anew.

Airborne Circus has grown a lot over the last year but it’s nowhere near the full-on, youth-focused circus school that I envision.

This year at Finchley Youth Circus I’m intending to fill the teens’ session, add a session for 5-7 year olds’, add a second 8-12s session, start an advanced session and a daytime session for Home-Schooled children.

I’m also out to start running classes in at least two locations and have my eye on a couple of places already.

But here’s the big one for this year: I’m looking for a partner. This is likely to be the tricky one. I want someone who’s strong in the areas where I’m weak, is passionate about teaching, is reliable, trustworthy and has integrity, and shares my vision for what Airborne Circus can be. There’s one person I have in mind who I’d really like to work with but at the moment I don’t fully know what their own ideas, plans and intentions are.

I’m also going to be working on effective ways to promote and market Airborne Circus, as well as finding more schools who are up for including our classes in their enrichment programme, and growing the number of adult workshops (both taster workshops and team building events).

Someone said to me last year, “everyone massively over-estimates how much they’ll accomplish in their first year of property investing, and massively under-estimates how much they can accomplish in their first five years.” It’s been a very long and exciting process buying my first investment property with my friends. We’ve had breakthroughs, breakdowns, and we’ve almost thrown in the towel and jacked in all in. But in the end, we bought and refurbished our first investment property – and it looks great!

This year I’m going to be working on buying houses two and three to add to our portfolio, as well as supporting my parents in a building project they have in mind.

Doing the work that I do, I generally work evenings and weekends. And to be honest with you, I’ve grown a bit tired of not being able to have dinner with my friends, go out on Friday or Saturday nights without worrying about work the next morning, and generally keeping a pretty anti-social schedule. However, I’ve not been willing to give up work as that also means giving up income. I still don’t want to give up any work as only now, as I approach 33, do I feel like I’m actually earning enough money for me to be comfortable and not live hand-to-mouth each month, worrying about if I’m going to be able to make it through the following month.

This year I’d like to start moving my some (not all) of my work from weekends to weekdays and from evenings to daytimes. This is probably going to be a slow process that I imagine will happen over the next couple of years but I’d like to start thinking about it, planning for it, and shifting a few things each year.

The other thing that I’m going to be working on in 2013 is not working all the hours that god gives. I have a terrible habit of waking up, working for 5 or 6 hours on my computer and then going out to teach for another 6 hours, before coming home and finishing off the day doing a bit more work on my computer. This year it’s time to simplify things a little. I’m going to be working out what makes a difference, what doesn’t need to be done, and what I can cut out of my week. I’m going to basing this process on the 80/20 rule (or the Pareto Principle).

What are the small things that make the biggest difference? What are the big things, the things that take up massive amounts of time that make little to no difference? (Facebook, anyone?) If I get to the end of 2013 having had free time, time off, and having accomplished my other intentions, I’ll have succeeded. If I end up working 80 hour weeks, not taking a holiday, and bereft of any energy, I’ll have failed.

Also, not to break with my new tradition, I’m making a new year’s resolution.

This could apply to anything but for me it applies to day to day “chores” like emptying the dishwasher, putting my laundry away, certain bits of work, etc.

But why not say “don’t procrastinate” or “do things now”? Because I’m aiming to win. Knowing myself as I do, I’m sure I’ll procrastinate a bit and I don’t want that to be a failure. But if I put something off twice instead of three times then that’s a win for me.

In fact I’m sure it has more scope than chores and I’m looking forward to discover where this takes me.

In case you’re interested, I stole the idea for the colour of creation from my friend, Willem, who writes an excellent blog, Ice Cream for Everyone, and gets ideas for posts from me.

It’s becoming a bit of a tradition for me to complete and create each year on my blog. Last year it took two posts, one for completion and another for creation, but 2012 (and 2011 for that matter!) was a big year. In fact, 2012 has been my busiest year since 2007 when I was doing event management full-time so I think I’ll do the same for this post. 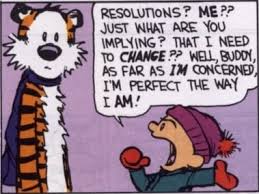